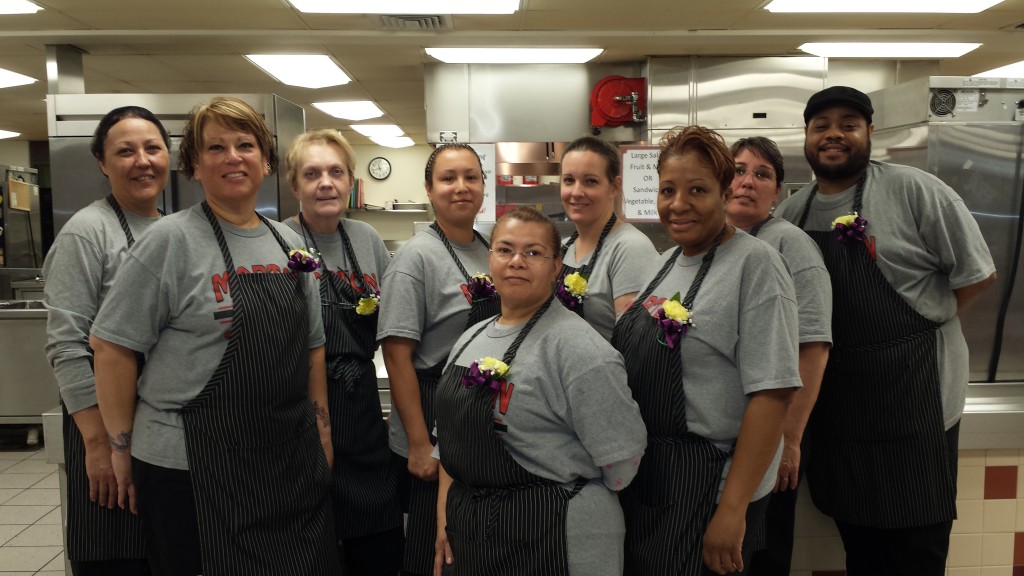 Not in my wildest dreams could I have imagined the amount of attention being given to school lunch! The first lady put school meals at the top of her agenda. In the last year school meals have repeatedly been featured on the national television – on the evening news and on the morning news/lifestyle programs; also in the LA Times, the Chicago Tribune, The Huffington Post, and USA Today – just to name the first few that came up from my internet search engine. Then there is social media – twitter, Facebook, reddit, and blogs, which have exploded with pictures of school lunches – displaying the good, the bad, and the ugly. The recent media circus revolves around the following:

Today I am thinking, not of the state of school lunch – not the program in general, nor specific to a school building- rather, I am thinking of the wonderful people who took a job in service to the school and the community to simply help serve lunch to students. Most I think embrace the L.L. Bean philosophy, “Above all, we wish to avoid having a dissatisfied customer. We consider our customers a part of our organization.” The last few years have been hard on those who chose school food service. They have seen dissatisfied customers, and unhappy supervisors. They have been caught in the crossfire of a war they did not sign up to fight. They have been insulted and have had their feeling hurt. And yet, when I visited schools I see them in there working insanely fast to accomplish the task before them, nourishing student bodies – and they are still smiling at those students. #blessthelunchladies #blessthelunchladies – JoAnne Robinett, SNS    AMERICASMEAL@YAHOO.COM